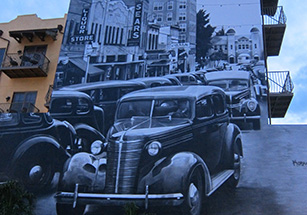 Institute for the Ages

SCOPE is a community engagement organization and the Institute for the Ages is an example of what can be generated from such engagement. It began in 2006, the product of a community-driven study – “Aging: The Possibilities”.  The study’s volunteers were convened by SCOPE.  The study proposed an in-depth, community-based examination of how the county might capitalize on its age-related demographics, which foretell national and global trends.  More than 1,000 residents are the owners of the idea that became the Institute for the Ages. The goal of the Institute for the Ages is to undertake bold initiatives that will promote inquiry, reﬂection, and research about ways to optimize a community’s responses to significant and ongoing demographic shifts in the U.S. as the population ages. Such approaches will foster policy development and will generate actions that can be adopted by communities throughout the country. The intent is to identify and create actions that enhance the quality of life for residents of all ages in the community and among its services.  The Institute became a separate corporation with a new CEO and national board in 2012. Check out the Institute for Ages website.

Aging with Dignity and Independence

This study began in 2010 and concluded in 2012.  Read the summary report – Actionable Themes: Issues and Opportunities.  This summary is designed as a catalyst providing questions to spur creative thinking, ideas for change, and resources and best practices successful in other communities.

With more than 32 percent of its residents over age 65, Sarasota County is the oldest large county in the United States, and is at the forefront of aging trends. It is a unique setting for identifying and trying out creative approaches to enhance aging.

Led by the partnership of SCOPE, The Patterson Foundation, and the University of South Florida Sarasota-Manatee, this qualitative study of the community involved forums, interviews, surveys and focus groups.  The research revealed six themes integral to aging with dignity and independence. The themes also present challenges and opportunities for community action:

Within each of these areas, the research identified many opportunities for innovative community action.

The Aging with Dignity and Independence initiative seeks to catalyze the community to develop actions that foster dignity and independence.