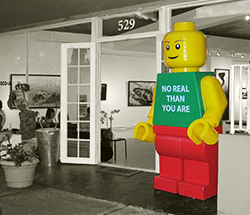 Love where you live

Sarasota, Florida - Do you believe that an engaged and connected community is the fuel for improvement? SCOPE, a community engagement organization in Sarasota County, invites you to celebrate the power of citizen-led change at the 2012 Annual Celebration and Boundary Crosser Award event on Sept. 27.
Sarasota County, Florida - Sarasota County Openly Plans for Excellence (SCOPE) is seeking a Chief Executive Officer to lead the agency in its mission to connect and inspire citizens to create a better community. This candidate needs to be knowledgeable of the dynamics of community engagement and community change.This ...
Sarasota County, FL - Roxanne Joffe, 2012-2013 Chair of the SCOPE Board of Directors penned this guest editorial that was featured in the Sarasota Herald Tribune.
Sarasota, Florida - 11th Annual Boundary Crosser Award.
Sarasota, FL - It's true, I will be leaving SCOPE after eleven-plus years. What a pleasure to have been in this position and what an honor to work with you.
Sarasota, FL - The board of directors of SCOPE (Sarasota County Openly Plans for Excellence) announced the selection of a transition leadership team to move the organization forward as it conducts a search for a permanent successor to executive director Timothy Dutton, who is transitioning out of the role at the end of July.
Sarasota, FL - What might Sarasota County be like if we knew our home neighborhoods better? Four Sarasota County residents are now partnering with SCOPE through the Resident Community Changemakers fellowship to find out.
Sarasota, Fl - After a recent visit to Los Angeles, the thought that keeps running through my mind is this: I so totally hope the Institute for the Ages ("I4A") becomes a reality in Sarasota.
Sarasota, FL -
Sarasota, FL - In 2003, Nobel laureate Richard Smalley put forth his list of Humanity's Top Ten Problems for the next 50 years. Energy was No.1 and water was No.2. Therein lies the conundrum that we face, both globally and locally.